Hey Vanguard – time for some upgrades! Starting next month, I’ll be making some significant changes to the way that we are running Universal Man. These changes aren’t set in stone however, so if you have any significant feedback on how you’d like things to be different than what I’ve laid out here, then please ping me on the #universal-man-content thread on discord and let me know!

Problems with the Current Setup

A big part of my business model was reliant upon YouTube sending me traffic. The idea that I started 2021 with was that I was going to double down on the YouTube channel by putting out WAY more content and (hopefully) get a significant bump in traffic & sales.

Sadly, this isn’t the way things panned out. Apparently I’m getting very little love from the algorithm, and it actually looks that I’m being penalized by it. I’ve had reports of guys never seeing my videos in their feed and even being unsubscribed from my channel.

I’m sure there’s plenty more I could do to be better at buttering up the algorithm, but honestly, I’m not super interested in playing that game. It has become clear to me that unless I want my success to be contingent upon how well I worship the google gods, I’ll need to focus on things I can more directly control to take Universal Man to the next level.

The second issue, which is perhaps the more poignant one, is that I realized I’ve become disconnected from one of my core identity aspects: I am a coach.

A coach moves people from point A to point B.

This is not only what I love to do more than anything else, it’s also what I’m best at.

However, somewhere along the line I forgot this and thought I was a social commentator, a YouTuber, or a passive community manager (none of which I am world-class at).

I’m here to help men unleash their Apex Potential first and foremost, and everything I do moving forward is my trying to honor that.

One of the ways that I can have the highest direct impact on men’s lives is through taking them through my programs in a structured way. I can enhance that impact even further by adding a communal, team-based aspect to the process.

Because of this, one of my top priority needs to be turning the Reforged Man course into a cohort based program where a large group can go through together in a systematic way where they not only learn from me, but from each other.

I plan this same sort of thing for my upcoming productivity course as well. I do not have an ETA on either of these programs, but they are coming and I’ll release more information as the plans solidify. (There will be significant discounts offered to anyone who already purchased Reforged Man who want in on the cohort)

Instead of making a million things and hoping you’ll click on some of them, I’d rather focus on making a few things that you ALWAYS want to click on.

We’ll see how this goes, but I’m quite hopeful that it will be a better set up for both you and me.

There are a number of things this strategy change, my focus of being a better coach, and the lameness of YouTube will affect:

I am going to reduce my YouTube output by 75%. Instead of one Universal Man Podcast per week (which is then clipped out into separate videos), I’m going to do one per month.

The next one is planned for April where we will continue our self-talk and red-pill series.

I’d like to bring the free content back up, but it will have to fit in with the higher priorities I have on my plate.

I’m going to start a new weekly email newsletter called “Break-Build-Become”(aka B3 Thursday) where I focus on breaking a bad habit, building a new one and installing the identity shift which will help you become a better man.

These will be short, punchy, and hopefully impactful.

I will be putting out a podcast to Elite members each week (audio and video). I’m still tinkering with the format, but guaranteed at this point is an implementation-focused look at the B3 content from the week.

So for example, let’s say the B3 newsletter focused on breaking the habit of staying up late, building the habit of getting up early, and being the kind of man who gets more done by noon than most people do all day.

The Vancast would cover the specific strategies I’d recommend on exactly HOW to go about doing that and any personal anecdotes or recommendations around such things.

Ideally I’d like to add another standardized segment or two, maybe a question of the week from one of you, or perhaps a community spotlight, but generally it will capture odds and ends of my mind – similar to the Front Line Field notes familiar to anyone who received the Apex Reports. Open to any ideas around this.

I may clip out pieces of this podcast to use on YouTube or even to the Troopers as advertising for the Elite tier. k

The monthly Deep Dive is now a monthly Whetstone Workshop

Keeping in line with my commitment to be a better coach I realized that a workshop style format is likely much better for creating higher impact for members than just another disconnected podcast.

This is where I will share and test my more bleeding edge material in a way where you all can ask questions and do exercises with me live over a zoom call. This will be a more “teacher in a classroom” style call where I’ll share concepts, ask questions, give you exercises, and call on raised hands than the “queue up to get a mini coaching session” style of normal calls.

Also, the workshop style takes pressure off of me to always have to deliver something “new.” While I’ll certainly keep pushing the envelope as much as I can, it is comforting to know that I could always run a workshop on some more foundational and familiar topic and still deliver a solid degree of value.

This replacement will start THIS month – more details on the workshop timing for March soon.

It came to my attention that I was actually putting out more content than most guys could consume and get value from. Because of this, I’m reducing the number of Elite calls from 4 a month to 2 a month, and eliminating the formal Q&A.

However, between the monthly Community Call, Whetstone Workshop, and the two remaining calls, you will still get four live calls per month (one per week). This seems like a more reasonable pace, especially for when the cohorts start running.

Also, feel free to still ask me questions in the Q&A thread, but I’m not going to go through the process of making a whole separate upload for them. Maybe I’ll take the best questions and feature them in the weekly Vancast.

If you have any ideas or feedback on all of this, ping me on the #universal-man-content thread in discord! 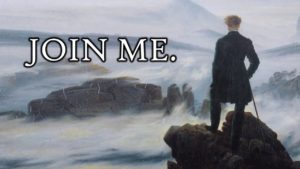 For just a few bucks a month you can join my inner circle where you'll find the inspiration and accountability that will help you clean up your habits, your sexuality, and your mindset so that you can stop running from life and start truly living it.